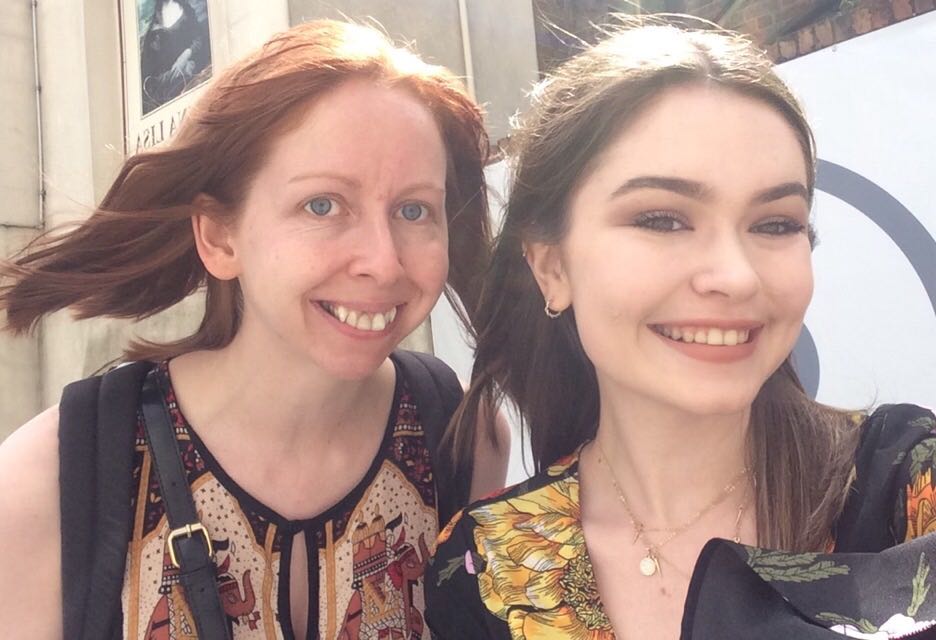 Check out our interview when NGYT’s Michelle caught up with Imagine Luton’s Celine.

For the people reading this interview, what can you tell us about the Imagine Luton festival/your role within this?

Imagine Luton is a really exciting new outdoor arts festival, taking place in Luton town centre on the 24th and 25th June and featuring lots of amazing theatre, circus and dance performances popping up throughout this time. These aren’t performances that have been transplanted from indoors to outdoors, they’re all shows created specifically for an outdoor environment and audience, so it’s all very immersive and interactive. There are no stages or separations between the performers and audiences, so it’s very intimate and designed to engage people who wouldn’t normally show an interest in the arts.

My role is project manager, which involves putting all the shows together, booking the artists and commissioning new work, as well as all the logistics and event management. It’s quite a varied role, but I love working on festivals and seeing them move over time, with everyone coming together as a team to make it happen.

What would you say the main challenges and/or benefits are when creating outdoor theatre?

Obviously outdoor arts in the UK brings all kinds of challenges with the weather, but a lot of the shows are scheduled a few times a day, so even if they are delayed or cancelled there’s always another opportunity! Another challenge is being able to capture audience data and understand who came to watch – they don’t buy tickets or leave a feedback form, so it’s difficult to find out how many people went or which demographic groups went. Also, very basic things like getting permissions to use public space, and of course the health and safety around that.

I think advantages would be just using public spaces, because these are places people already feel comfortable in and so we’re essentially bringing the arts to them. It really has a lot of benefits in terms of reaching people who wouldn’t normally engage with the arts and allowing very different and diverse communities to share experiences in a shared space. It can really transform a place and transform people’s associations with a place, so that they’ll always remember

It positively and in terms of the art they saw there, as opposed to any other negative preconceptions.

There’s a very diverse range of acts performing at the festival – what do you think it is that they all have in common?

I think that there’s a common thread in their accessibility, being as most of them are more physical and visual as opposed to narrative-driven. This means they can reach people who speak all different languages, which is important in a town with as much diversity as Luton.

The festival is funded by the arts council England – how difficult is it to secure funding for the arts in Luton?

Luton has had a difficult history with arts funding, and often when Arts Council funding is awarded it can be quite controversial as to who it’s given to. We’re part of a strategic fund called an investment programme, which was designed by the arts council as a way of reinvesting into Luton in a more strategic way. Within that, we wanted to use the funding to support local artists as much as possible, which is why we’ve had quite a local strand within the programme. We’re also keen to help artists beyond the commission they’ve been given, so for example, I’ve helped four companies secure additional grants to develop their work.

Why do you think there is such a lack of engagement with the arts in Luton, even when they’re offered for free?

I think it has a lot to do with perceptions of what art is, and the idea that it holds a sense of elitism which is only for certain people. So much of the issue is to do with attitudes, especially now that other public services are having funds cut and people are considering the arts to be less important in comparison. That’s part of the reason I think Imagine Luton will have such an impact, because this type of outdoor art is about accessibility and influencing ordinary people passing by to overcome these attitudes. It’s all about just exposing people to it and proving that art can be for them too.

What do you think the benefits of having a festival like this are for the community?

It’s really important to be proud of the place that you live in, and I think this festival will create a very colourful and vibrant atmosphere in Luton. As well as trying to increase arts engagement, it’s about trying to support the local town and economy, encouraging people to stay out after shops close and just spend time together. Of course, this one festival won’t solve all of that, but it’s part of a wider programme which hopefully will act as a stepping stone to change. We hope it’ll increase ambition for young people, but also for the community as a whole, in terms of what’s possible and the quality/range of work available locally. It’s not just about entertainment for entertainments sake (as valid as that is), but it also gives people a platform and a voice, with art often reflecting things going on in society or things that are important to people.

How would you persuade someone to come visit the festival?

You’re going to see lots of very exciting and spectacular shows, all for free! There’s something for everyone and workshops to get involved with, so make sure you come out to support your town and your community, and be proud of it.